József Fürst was born on February 3, 1947 in Budapest. His father is József Fürst, chemical engineer, his mother is Mária Bajusz, farmer. His father made him listen to Iliad and Odyssey in Ancient Greek language at the age of five, and he was introduced to the beauty of the plain peasantry in the Great Plain thanks to his mother.

After graduating from the Fine Arts High School (1962-1966) and the College of Fine Arts (1969-1972), he entered the European art culture at a young age. He won 3rd prize at the Potsdam Biennale in 1976. His works were reached abroad thanks to the Artex Picture Gallery Company between 1976-1992 and made paintings on order for foreign galleries. He has been working as a freelancer since 1992. He has had several international exhibitions in New York, San Francisco, and many other cities in England, the Netherlands, Germany, Austria, France and Italy. He was selling paintings in the famous Sotheby’s and Christine’s auction houses as well as Doroteum.

The Hungarian public started to get to know him from the 90′s. His recent major exhibitions in Hungary were between 2005 and 2010 (Tender 1st Prize – Pilisvörösvár from 70 artists). He also studied bible research alongside painting for twenty years. With his painting he strives to point out the wonderful world of the creator.

“József Fürst recalls the mannerists of the 16th century. His drawing skills are perfect, his use of brush is brilliant, the surface of his paintings is smooth with the use of painted canvas brush. Although his works are very colorful, they are still peaceful and soothing.

With his usual means, he glorifies a present-day message into royality and combines it with earthly things, especially the night side of life: the issues of old age, death, war, destruction, and devastation. He reaches fullfilment with his less indirect paintings. The totality of his works is not homogeneous, each of those have a different artistic perspective. He became a teacher of making reality to life.

We already know now, that he did not choose an existing school for his creation, but created a school. We have not seen anyone who has the infinite patience with which he is handling small tasks. In a creative house in Budapest, he found the creative joy where his work developed to a level that expanded the spectrum of Hungarian art.”

(The State Security withdrawed Jozsef’s passport and was let go only for the time of the 1986 London exhibition.)

József Fürst is the founding member of the Against Cancer for Humans, For Tomorrow Foundation (1985).

“He who has talent in him must be purer in soul than anyone else.” 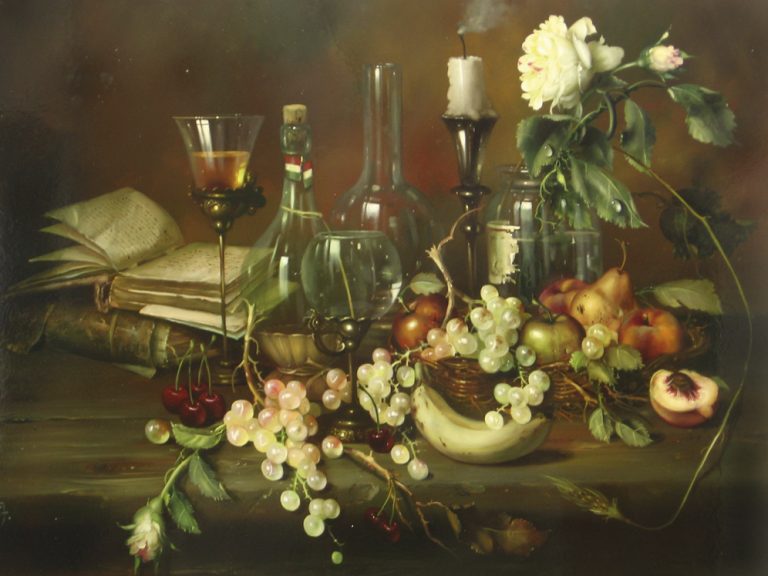